I love you, baby 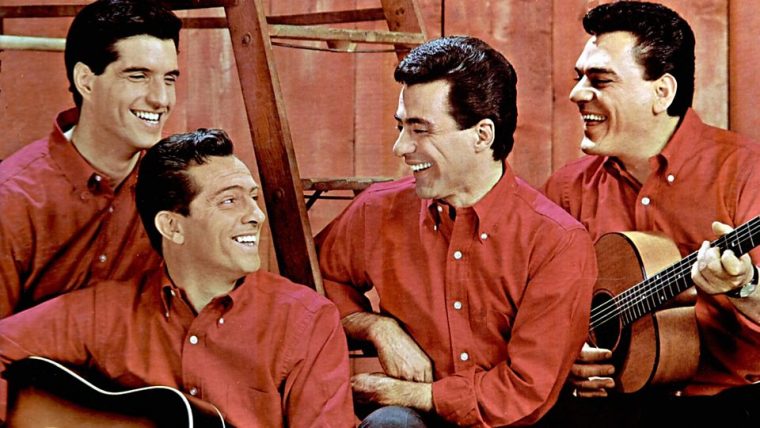 Have you heard of the song Windy by The Association?

Can you believe this song was No.1 on the Billboard charts in 1967 beating the No.2 song for the top spot.  And the No.2 song? Can’t Take My Eyes Off You by Frankie Valli!

I was in London for a glorious summery week of playing Lashings charity cricket, watching Wimbledon and an awesome Incognito Artists gig for a wedding in the beautiful Dorchester Hotel ballroom.

I was strutting my stuff, getting the blissfully happy bride and groom up on their chairs, driving the audience wild – and normally I like to sing that famous, crowd-pleasing song I have sung probably 5000 times in the last 20 years…

It’s not musical etiquette.  I couldn’t improve on the perfection that was about to unravel…

After singing Nessun Dorma we were privileged to reveal an even bigger surprise than our Incognito name suggests; we announced the biggest surprise of the night to the 150 lucky guests assembled…

Ladies and Gentlemen, please welcome direct from the US of A

Mr Frankie Valli and the 4 Seasons!

Everyone screamed!  This wasn’t a Jersey Boys tribute or even the extraordinary casts from the West End, Broadway or Vegas.  It was the LEGEND, HIMSELF!

At 84 years old, with a voice as good as the recordings we have all heard, here was a man who has truly created a legacy.  I was up front and personal watching a masterclass.   He could have quit all those years ago when times were tough and his labour of love, written by Bob Crewe and Four Seasons’ band mate Bob Gaudio, only made No.2 on the charts. Many bands and artists have languished, never to be heard of again, if they didn’t hit the top spot with a cracker – but this man kept going.  And the rest is history.

In my job I am lucky enough to see some of the best the entertainment industry has to offer, in very private settings, often where media or paparazzi have not been tipped off. This night was truly one of the greatest! Frankie was everything I could have hoped for in a legend!  I also loved seeing it through the eyes of our 21-year-old American intern, Liz Wiest, working in our London office for the summer. She couldn’t believe her eyes, the best summer of her life just got even better, sunnier and more sparkly.

Oh What A Night, Sherry, My Eyes Adored You, Big Girls Don’t Cry… banger after banger and No.1 hits kept on coming in that glittery ballroom.

Thanks Frankie.  You’ve hung on to what you’ve got, you didn’t let go boy, you’ve got a lot.

Frankie defines persistence and loving what he does.  He’s testament to supposedly ‘No.2 people’ in the end being NUMBER 1!

Long may this man and his LEGEND KEEP ON LEGENDING!

Here’s to legends and being legendary.

**”Can’t Take My Eyes Off You” has had hundreds of cover versions, many of which have been on the charts in different countries. The song is a staple of television and film soundtracks, even being featured as part of the plot of some films, such as when the lead characters sing or arrange their own version of the song. Its chorus has also become a popular football chant, with supporters of various teams inserting their club’s name or a popular player’s name into the beat.  It’s also been lovingly sung by Incognito Artists in show-stopping performances since 2000.