Wedding Entertainment through the Years

By Charlotte Neales on September 9, 2016
Back to blog 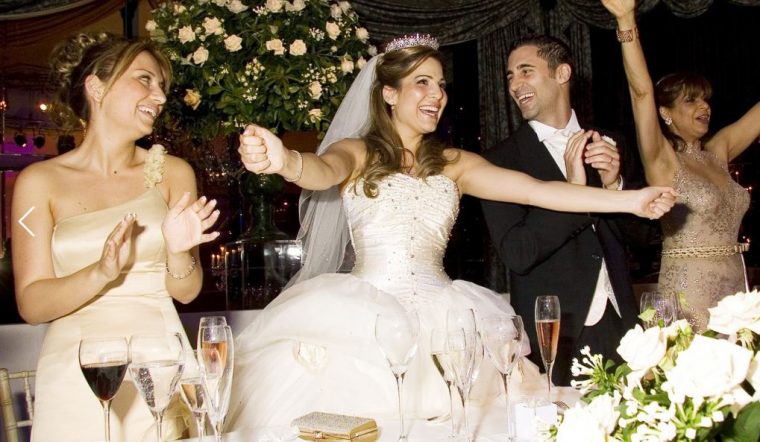 Gone are the days when weddings meant a trip to the church with your nearest and dearest and a rich fruit cake. If you were an Extravagant Eileen you might get to dance the Jitterbug too.

Love and marriage will always be in style but over the many years we’ve been in business we’ve seen some big changes in people’s wedding entertainment choices.

I take a look back at some of my favourites.

Never goes out of fashion

Or as my Gran says, an oldie but a goodie. Straight up surprise entertainment. We’ve been doing this forever but like Sex and the City, you just never get bored of it.

The chef start, a cake drop, a masquerading Priest… it’s all gold. One of the best shows we did was a wedding at The Orangery at Kew Gardens It was an awesome group to perform for with a legendary Chef start. Food… love… show time… BOOM!

I knew, or at least I thought I knew, that we’d put on an awesome show. But the feedback from the MOB (Mother of the Bride) the next day cemented it.

“Wow – what can I say….  Your guys and girls were the best, never have I seen a room erupt so quickly and spontaneously into singing and heartfelt applause.  It was truly fantastic and so memorable. The timing was impeccable.  I overheard my husband, with his hand over his mouth, say to the bride ‘do you think this is appropriate’.  It was absolutely brilliant! “

Cemented that we’d done a great job. And cemented this as one of my favourite surprise shows of all time. This type of wedding entertainment was designed to melt hearts and blow minds, so hearing that’s what we did is always the best. We’re all a  sucker for a compliment, and this made my day.

This has to make the list. Not one, but two, glorious days of wedding entertainment.

We started with a performance at the wedding brunch (that’s a thing) in a chocolate-box Cotswold barn. Our ‘waitress’  burst into a beautiful aria of O Mio Babbino Caro, followed by the ‘Chef’  leaping up on to the fountain with a boot-stomping Queen Medley. Grandmothers, Aunties, Nephews, Cousins, Friends (old and new) all getting down to Uptown Funk, Mimosas in one hand, their neighbours in the other… This was surprise wedding entertainment at its best.

For the main event we moved to the stunning Rosewood Hotel. in London. Things got real. All singing, all dancing, all everything real. We had a dance troop, Tenors, Divas, Phantom of the Opera, Jersey Boys, light displays, a roving saxophonist (Sax Kitten), magicians…  The client gave us free reign and we had so much fun creating this show. This wedding entertainment was another level. And seeing the Cheshire cat grins on the faces of the bride and groom and all their guests was the icing on our metaphorical wedding cake.

The Most Expensive Wedding in the World*

When you find yourself getting ready in the Dorchester suite you know, tonight’s gonna be a good night. I’ve been to a lot of weddings since working in the events industry, but this was like no other. The already ridiculously gorgeous hotel had been turned into a fairytale. The wallpaper was replaced with orchids, the cake was five times the size of the tallest guest, and the bride and groom arrived in a golden carriage. Really. There was no doubting that this was a 21st century fairytale though – Cinderella played by Kylie with Robbie as her Prince Charming. The entertainment bill was insane: Dynamo, Pink, Lionel Richie, Kylie Minogue, Robbie Williams… and Incognito Artists.

We closed the show. How rock star is that. We’re still pinching ourselves.

And how do you follow Robbie Williams is what you’re all thinking. Surely that’s the ultimate in wedding entertainment?

We did what we do best – our elite team of principals took the room on a tour of the West End. We served up front row seats to Chicago, Top Hat, Jersey Boys, Mamma Mia, Les Miserables and Phantom of the Opera. A musical adventure celebrating the awesome voices, charming stories and roaring songs that have shaped the world of London theatre. A story that can’t be told unless you’ve stood in Roxy’s shoes or worn the Phantom’s mask.

So come on let Incognito Artists entertain you

Let us entertain you.

*Could be, probably is, but don’t hold us to that.