We rock, we roll and we’re nice 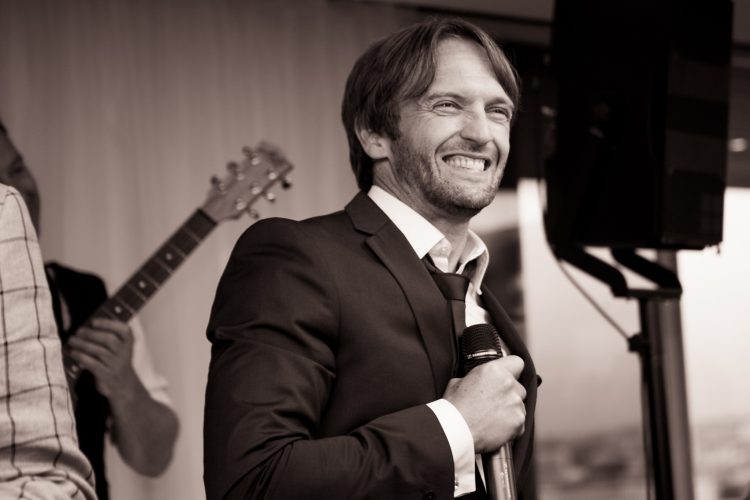 ‘Be nice…..’  Maybe not very rock and roll or cool, to some people, but I think it’s one of the most underrated ways of being.

When I was on tour with Bravo Amici in Florida earlier this year I went to a restaurant in Fort Lauderdale which really caught my attention. It was chilled, laid back, awesome location, great food and everywhere I looked I saw their motto on the walls, shirts and menus: Be Nice.

Simple but it packs a powerful punch.  The restaurant values treating their employees with respect and passing it forward to their guests dining there.

Why is there not more of that around?

In Saas-Fee, Switzerland, on Friday I was talking to a legend by the name of Marcus Watson, CEO of Adoreum, who invited Sim and I to ski and party for two days, with a bunch of cool people, to celebrate their opening of a new 5* luxury hotel called The Capra.  Marcus and I were discussing this very fact, ‘be nice because life’s too short,’ and our dismay that some successful people don’t always get the memo.

Last Sunday I went to The Ivy for a family friend’s special 70th birthday lunch.   (It’s always a joy to go to The Ivy, whether I’m performing with Incognito Artists or just a diner). The birthday boy’s son, my mate Laurent, gave a heartfelt, clever and witty speech celebrating his awesome Dad’s life, and something he mentioned really hit the spot.  Laurent said his Dad taught their family a mantra for life which they embody –  Be Nice.  Be Grateful.  Work Hard.

According to an article in The Guardian*, “be nice” is simple, obvious advice, memorably articulated by the legendary Patrick Swayze in the movie, Road House.  However, apparently instead of following that simple, obvious advice, online harassment is on the rise, commuter rage is becoming a thing, and studies show a near 50% decline in empathy among US students in the past three decades. And this isn’t just a problem for the people on the receiving end: one systematic review suggests that the risk of a heart attack is significantly higher immediately following an angry outburst, while another recent study links high hostility to increased stroke risk*.

So what’s the solution? Be nice!  Empathy, understanding, compassion, gratitude… these are more than words, they are practices to live an extraordinary life.   Recent research suggests that 98% of us have a hard-wired ability to be empathetic and it’s a habit we can cultivate and improve every day.  So there you go.  ‘Nice’ can cheer you up, calm you down and possibly even save your life.

At Incognito Artists, we rock, we roll and we’re nice.