Home » Blog » The game of life

The game of life 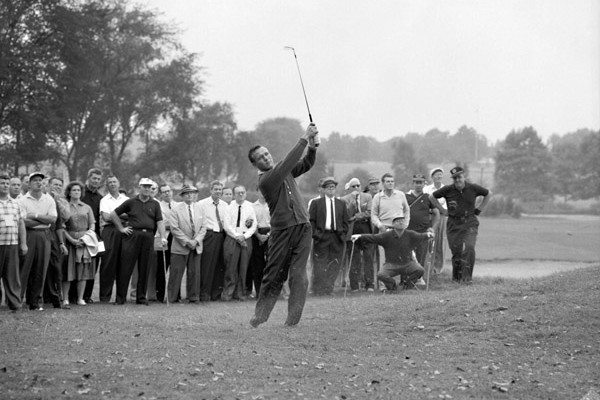 Arnold Palmer: a great golfer, a legend, and by all accounts, an amazing person.

He died on 25th September at age 87, a huge loss to so many in the world of golf, flying, philanthropy and humanity.  He’s my focus this week because of the inspiring way he lived his life.  There are many lessons to learn from this legend, which I hope may inspire you too:

1) “Talk less. Listen more,” was advice he gave his grandson. “Putting is like wisdom – partly a natural gift and partly the accumulation of experience,” and “The most rewarding things you do in life are often the ones that look like they cannot be done”.

2) He was a true original and lived life authentically.  People who knew him said who he was in public was the same as who he was in private.  That’s quite a feat in this day and age where some people cultivate a brand image, played out on social media, remote to who they really are.

3) He played golf to win while also boldly trying anything without fear of screwing up.  He was always trying to be better, play better, be a better person.

4) He loved people and he related to everyone the same, regardless of race or sex, whether they were a stall-holder or the President.  He was the eternal optimist and people flocked to him, attracted by his talent, spirit and energy.

5)  He wasn’t just a one trick pony.  Not only was he a gifted, hard-working golfer, he almost single-handedly built the PGA Tour from a struggling business into a thriving enterprise at the start of the television era, his presence was crucial to the success of the PGA’s senior tour (now called the Champions Tour) in its early days and he became the driving force behind the launch of the Golf Channel, at a time when others thought it was an idea doomed to failure. As a pilot, he set a round-the-world speed record in his Learjet. And, as a philanthropist, he used his fame and fortune to help thousands of people.

6) “He had this other thing,” PGA Tour Commissioner, Tim Finchem, said at his memorial service. “It was the incredible ability to make you feel good not just about him, but about yourself.”

I invite you to take his advice and follow his lead:  Pursue your passions. Be true to yourself. Take risks. Enjoy the company of others. Treat everyone as you would like to be treated. Laugh often. And help people along the way.

Life is for living!
Geoff