Slow down, you move too fast…

By Charlotte Neales on November 6, 2014
Back to blog

In this job, I’m blessed to have so many pinch-myself moments.  Saturday was another one.

I had just finished singing the National Anthem, while the Incognito HQ team watched from the Royal Box, when the legendary ex-All Blacks and current coaches of the Barbarians rugby team, Andy Haden and Sir John Kirwan (JK), yelled out for me to come and sit with them in the coaches’ box to watch the match.
I would have pinched ’til I was beyond purple. And still it was worth any contusion.

Now you can call me ‘temporary assistant coach of the Barbarians’. Yeah baby!

Last Wednesday I had the chance to get to know JK a bit more at the Barbarian’s team dinner. I had to get up to go to Paris at 5am the next day but at 1am I was still sitting beside him, lapping up his wise words. I couldn’t tear myself away. His motto is ‘Learn- Inspire- Learn’. If we stop learning we are DEAD!

He’s written two books on the subject of mental health and his experience with depression, ‘All Blacks Don’t Cry – a story of hope‘ and his new one out now, ‘Stand By Me‘.  JK writes in his new book that mental wellness comes from slowing down and taking time to be kind to others.

In the “I” society that we live in, people say, “I won’t do something for someone else; I’ll do it for me.” But I saw a great comment online recently: “When the ‘I’ is replaced by ‘we’, even illness becomes wellness.

For mental wellness, you probably need to behave a bit differently from how society is telling you to behave. Society is saying go fast, and mental health is saying slow down. Slow the treadmill down”.
(Copyright © text John Kirwan, Elliot Bell and Kirsty Louden-Bel, 2014.)

JK and I both believe that being present in the moment or ‘mindfulness’ is an increasingly recognised technique that contributes to wellbeing, and is crucial for all of us – and our children.

I digress slightly, but a few years ago I did a triathlon and just metres from the finish line I collapsed from heat exhaustion, I was running way too fast on one of London’s rare 30 degree days. To cut a long story short, I almost died. I learned to meditate three days later and I know it helped me to recover from a physically challenging time in my life. It’s also helped me deal with autism related panics and general stress in this crazy, modern world of ours
where we live life so fast. Anyway, we all have our own stories.

JK was knighted by the Queen in 2012 for his services to rugby and mental health.

All rise for Sir John – he walks his talk and completely ROCKS!

P.S. Here is a clip of the one of the greatest world cup tries by the man himself. 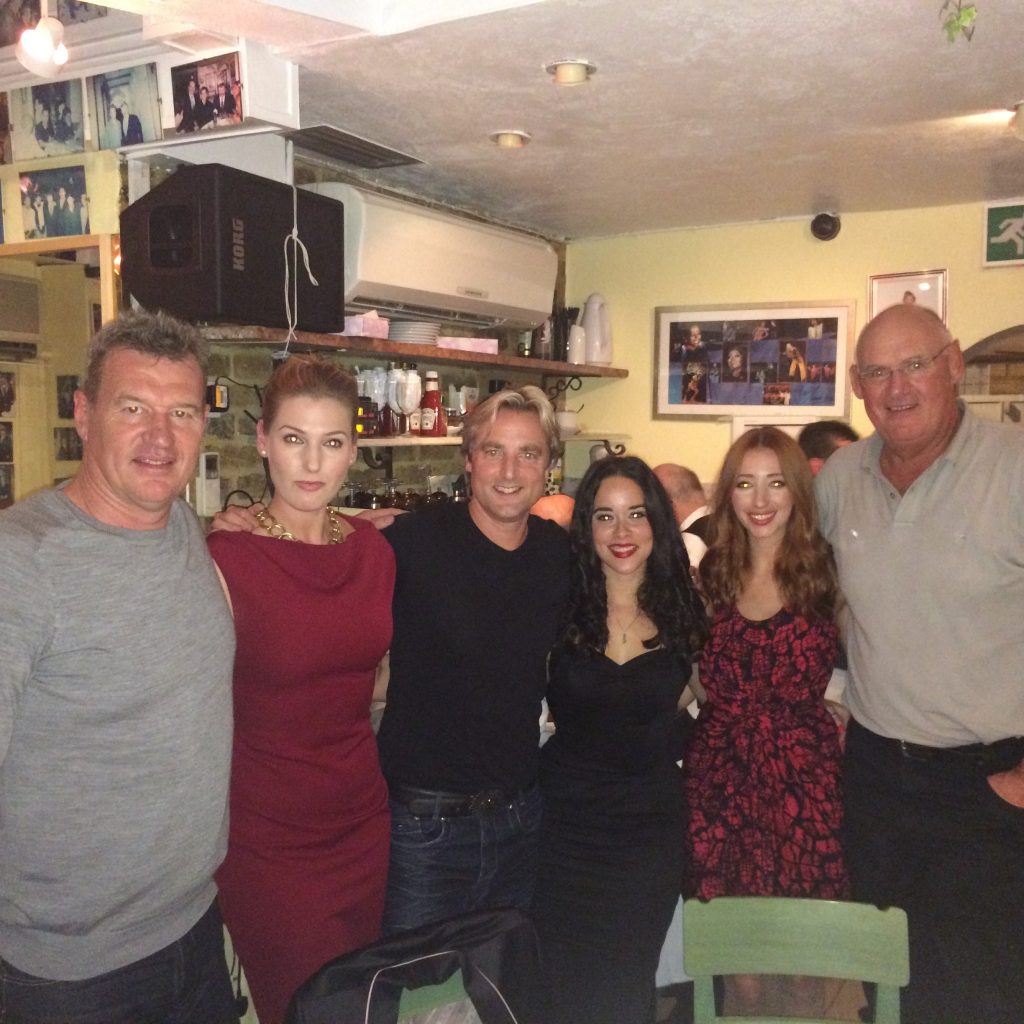