Home » Blog » The noblest art is that of making others happy

The noblest art is that of making others happy 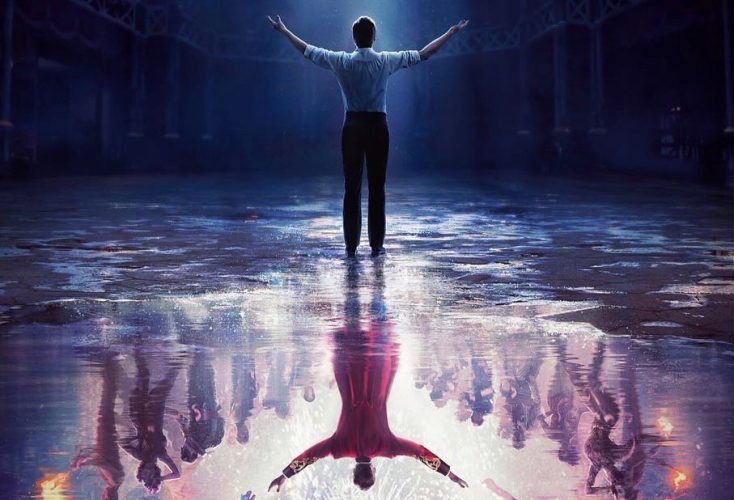 Have you seen the smash hit film, The Greatest Showman?

The critics were harsh but the public spoke louder, going to see it in droves more than once, and sending the movie’s soundtrack to the top of the charts in the UK, USA, Australia, and NZ.

I love it when something comes along which knocks your socks off and rocks your world. This movie particularly resonated with me as there are many parallels to my story; with Sim and I from a young couple til now, walking the tightrope of a lifelong adventure together, creating Incognito Artists, Amici forever and BRAVO Amici with love and passion, taking risks with no guarantee of reward, right down to having two girls, one brown haired and one blonde.  Hugh Jackman, playing P.T. Barnum, is the ultimate pro, triple threat, and leading man.  I’m not exactly a world-renowned Hollywood movie star but I do claim to be a showman – an entertainer! Rather than an opera singer or musical theatre star, after the past 18 years of my career I relate to being a ringmaster who works hard to weave together different elements of emotion, talent, skill and connection into a show to ensure the audience has more fun than I do, and I always have a ball!

‘Unapologetically inspiring, empowering and heart-warming,’ is The Greatest Showman, according to Hugh Jackman.  That’s exactly what we aim to achieve at Incognito Artists.  I love this and it’s a resounding YES from me – we need more of this feeling in the world!

The noblest art is that of making others happy – P.T. Barnum

Something else that resonates with us at Incognito Artists is the story of the performer who plays the bearded lady, Keala Settle. Originally an R&B singer, Settle has been a Broadway baby since 2011 with her debut in Priscilla, Queen of the Desert.  Having starred on Broadway in Les Miserables, Hands on a Hard Body and Waitress, Settle did workshops of The Greatest Showman with the director, Michael Gracey, and the legendary Hugh (who worked on making the film a reality since 2009!) Settle, like many a West End or Broadway star before her, did the workshops not expecting to be cast in the movie. Did you know, it so often works that way; performers will originate a role in a workshop before it takes to the stage, fleshing out the character, giving ideas and helping the production take shape.

The project was green-lit by the studio and, so the story goes, Settle’s life changed when one of the studio executives heard her sing the anthemic This Is Me in an emotional rendition at the final workshop – and subsequently told her she had to be in the film. She said she didn’t believe him, until the contract actually came in and she was officially offered the role.

Many of our performers have workshop’ed a role for a Theatre Company for free, for weeks or months, only to not get the role on the West End or Broadway, because they’ve been passed over for a celebrity or household name. Think ‘Love Never Dies’ or ‘Harry Potter and the Cursed Child,’ to name just two.  So it’s no surprise to me that Settle didn’t believe she was really going to be in a Hollywood A-list movie until the ink was dry…and then the Golden Globe was won and she was nominated for an Oscar! (Wasn’t she robbed?! How could that song NOT win??!) Sounds like it couldn’t have happened to a nicer person and an incredible talent who has worked her butt off for her opportunities.

“I gave myself some grace and sort of quieted [voices] of people saying, ‘oh you can’t do it, you’re not going to make it,'” Settle said.  “Here I am singing this song like; ‘not only can you make it, you will and you’re going to tell others how to do the same through this song’. That became a turning point for me; releasing that fear and finding that freedom within me.”

The song has given a magnificent, galvanising voice to many worldwide who feel excluded or judged, generating a massive impact on social media.

That’s another thing which strikes a deep chord within me, for my eldest daughter, so as you can tell, I’m a big fan: of this song, of this multi-platinum-selling soundtrack, of this entertaining movie, and definitely of being unapologetically inspiring, empowering and heart-warming!