Home » Blog » Living on the edge

Living on the edge 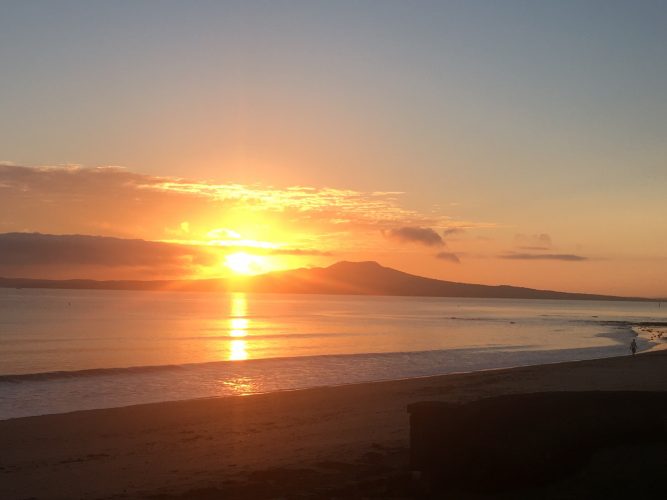 Kevin said that to me years ago when I was presenting a motivational speech at NZ House in London, about giving up banking to be a singer.  (Kevin’s belief in New Zealanders changing the world from ‘the edge’).

To me, that phrase meant if you want to grow, you have to take risks, step out of your comfort zone.  Question everything, take nothing for granted.   No day but today.  We don’t have the luxury of guaranteeing there will be a tomorrow.

So it was partly this mindset which saw my family and I move temporarily to New Zealand this year.  Literally we’re living on the edge, and looking at the world from a different perspective.  Is this Sim’s and my midlife crisis?  Giving up London: great education system, our much loved home, our friends and some family, a massive network of cool people, and the huge work opportunities London and the Northern Hemisphere offer Incognito Artists and me personally. Are we crazy?  Or is this taking a huge leap of faith?

There’s no safety net here in NZ although a big community of family and long term friends feels very tight.  We know after creating Incognito Artists in 2000, multi-platinum-selling opera band Amici Forever in 2002, various different Acts in Incognito over the past 17 years, including Bravo Amici, and creating two children, that Simone and I understand what it feels like to jump… and land, um, well enough, even if it’s not exactly smooth by anyone’s standards.

So, in January after being in NZ for a week, I flew to the U.S. for 15 hours, only to be told I didn’t have the right work visa to enter the country on business.  ‘What?’ I said (my thinking was less polite), ‘I’ve had this visa for four years and a working visa for 14 years.  I own a business in the U.S. What’s wrong with it?’ After 5 hours in the detention room, being interrogated, I was told it was just wrong, end of story, and I was sent back to NZ, another 15 hours straight flying, to get a new one.  My upcoming six-week tour of Florida with Bravo Amici was suddenly in question.  Financially, creatively, professionally my life was flashing before my eyes.  I couldn’t miss this tour!  I’ve never had a problem flying into LA, New York or Miami from London.  But now flying Auckland to Houston, I was undesirable to the U.S. officials.  Why?

Instead of working in NYC for a few days, which is what I thought I’d be doing, I was in Auckland unexpectedly and frantically liaising with the ever competent IA HQ in London, throughout January, trying to understand the paperwork required to complete a new visa application to get approved asap to get back into the States in time to start the tour on 26th February!  It seemed an impossible task at times.  It also cost me $10,000 USD to make it happen using the expertise of an entertainment law specialist.  But fortunately for me, even after the hideous experience of being treated like a criminal in Houston, the U.S. did grant approval for a new working visa and I’ll be on that flight to Miami on Sunday, to meet the rest of the Bravo Amici gang.  It was a close call.

Life isn’t always smooth sailing is it, but it’s how you respond to the twist and turns that counts.

Living by the sea here in Auckland my family and I watch the push and pull of the ocean and are constantly reminded that we’re just a tiny part of a much greater plan.  I reckon the ocean is a metaphor for life.  In London we barely noticed nature or the seasons in the rush of the city’s exciting daily life, so it’s a welcome change.

If you’re not living on the edge, you’re taking up space…