Home » Blog » How Great Thou Art

How Great Thou Art 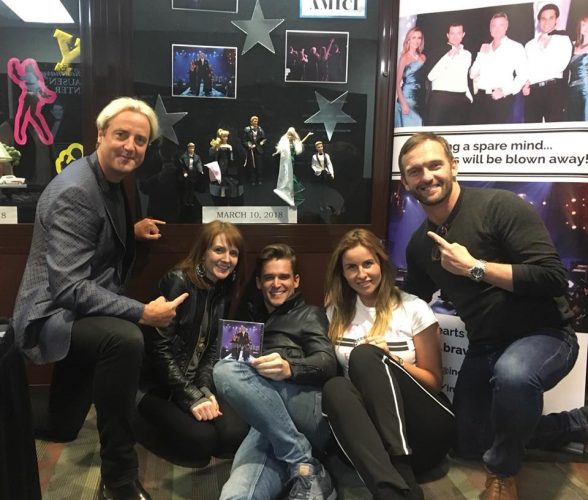 I wanted to share with you about our latest BRAVO Amici show in Iowa, USA a few days ago.  Instead of me saying ‘legendary’ and boom-ing at any opportunity, I thought I would do something different.  I’m going to leave you in the capable hands of the reporter who reviewed the show for their local press…

But before I do that:

‘Look up at the stars and not down at your feet.  Be curious’.

Bach has been quoted as saying, “The great object of music is to touch the heart.”.  Bravo Amici, in concert at Holstein last week, did all that and more.  In point of fact, they nearly shattered the audience’s capacity for sheer happiness.  Such an exalted state of being can only be reached if a person is willing to accept what is offered openly and unconditionally.  Listeners who were lucky enough to be in the Clausen Center that night opened their minds as well as their ears.

Folks came to see Bravo Amici with little, if any, preconceived notions of what they were about to experience. The ensemble was billed as a “crossover group with a distinctive way of interpreting classic, pop, and opera offerings”.  They had coalesced from such divergent locations as London, New York, and New Zealand to present a new musical genre they call “pop opera“.

What they gifted the audience with was, indeed, a crossover into a whole new musical dimension.  Three tenors and two divas equalled five on the stage.  Five – the magical number from numerology which signifies, “Freedom”.  Freedom from established rules of order and hide-bound ideas.  Their contained bit of vocal volatility about blew the assemblage out of the auditorium; it certainly did blow their minds.  Bravo Amici’s sound is that intense.

“The world will be better for this…” they sang (from “Man of La Mancha”) and it was like a prophesy summing up the next two hours.  What a brilliant performance – pop music saturated with bravura; Broadway songs sung a la opera; opera offered for Every Man rather than the black tie crowd.

One of the night’s highlights was the seduction song from Bizet’s “Carmen” crooned to a lucky gentleman by the delightful divas.  This was followed up by “Happy Birthday” done as a variation on an operatic theme.  Now that’s a natal day he won’t easily forget!

Then there was “Unchained Melody” sung in Italian as well as the drinking song from Verdi’s “La Traviata”.  The first mentioned was terrific but the latter was simply stupendous.  A person wouldn’t have thought the walls could have withstood all the whistles and shouts of acclamation – there are, after all, more than a few beer drinkers in the local environs.  However, they held and the concert went on.

Intermission brought relative calm but it didn’t last long.  Solos by each of the Amicis included pieces from “West Side Story, “Les Miserables”, “Phantom of the Opera”, one made famous by the great Caruso, and “How Great Thou Art” sung partially in Maori.  Each one was a thing of heart stopping beauty.

The show concluded with “Nessun Dorma” from Puccini’s “Turandot”.  Sleep?  Who could sleep after a night like this?  It was grand.  Kudos to the Clausen Center Board for bringing Bravo Amici to town.  In words of one syllable, “They.  Were.  Great!”.