Home » Blog » All Women and Men are created equal

All Women and Men are created equal 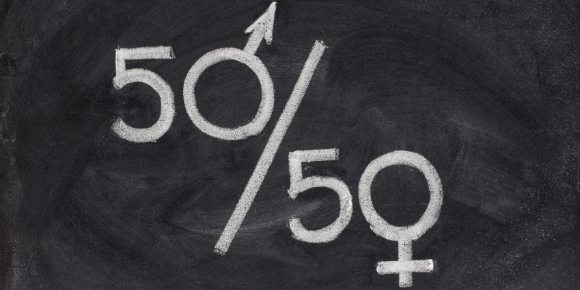 Empowering women seems to be a theme of my week this week; grateful to them, learning from them, meeting them and being inspired by them!

It kicked off with watching Suffragette the movie in the weekend with Simone and our two girls.  Olivia (10) was actually the biggest driver behind us going to the cinema because she’s been reading avidly all about Emmeline Pankhurst and the general history of women’s suffrage in the UK; she dressed as a suffragette for Halloween.  I admit to being ignorant about this aspect of history – apart from the fact NZ was the first self-governing country to grant all women the right to vote in 1893 – and I was shocked by what I saw; moved by the women’s willingness to suffer and sacrifice to make a difference for the generations to follow, inspired by their bravery and tenacity in the face of so much adversity, and horrified at the men’s behaviour!  Thank goodness times have changed.  And then I was shocked again to read the closing credits, to understand when countries around the world gave women the vote, some only as recently as 2003, and Saudi Arabia still hasn’t.

On Tuesday, John Bercow, Speaker of the House, hosted a wonderful dinner in aid of the amazing children’s charity, the Variety Club.  (For those not in the UK, the Speaker presides over the House of Common’s debates, determining which members may speak).  The Variety function was held in the majestic Speaker’s House where a lot of MPs in the House of Commons have not even been, as you must be invited by Mr Speaker himself.

I sat between John Redwood MP and Theresa May MP, Home Secretary of the UK, which was a learning experience.  I have to say I felt a bit like a fish out of water (this kiwi boy should have gone to Oxford or Cambridge University to fit in with such an intellectual bunch) but I did what I do best and sprinkled some Geoff magic by singing instead.  I was accompanied by Incognito Artists’ multi-talented tenor, Mark Goldthorp, on piano too; not much this West End star can’t do.

The beyond busy and currently under immense pressure Home Secretary ensured she was there that night to support Variety and gave a riveting speech on the history of the Home Secretary’s office.  Apparently in 1438 when the office began there were four males holding positions of responsibility, and the ‘necessary’ woman. Cut to 2015 and the ‘necessary’ woman is running the place!

On Wednesday I performed with sensational Incognito diva, Emily Estelle, at a wonderful birthday celebration for a fabulous client who has become a friend over the past 12 years; we had a magical night!

It was held at the Travellers Club; a ‘meeting place for gentlemen who had travelled abroad’.  The Travellers Club was founded in 1819 and has many foreign Ambassadors and High Commissioners in London among its members, while other professions have increasingly been added to the membership as international travel has become the norm.

The Travellers Club is a gentlemen’s club.  Women are allowed only as guests.

Ironically to me, I sat next to a fascinating woman, Christina Franco: a global explorer, no less.  She won the Polar Race 2005 to the Magnetic North Pole, one of the hardest races in the polar explorer calendar, which takes five weeks to get to the destination, pulling a sledge, pushing your body beyond all extremes.  She, clearly, is a major international traveller and has toured more brutal and exotic lands than many of us mere mortals will ever see, yet wouldn’t be allowed to join this Travellers Club.

Is this right in this day and age?  If the Queen and co. could change the steeped-in-tradition and historic rules of succession for her great-grandchild to be heir to the throne, male OR female, surely these beautiful historical old clubs could change their rules?  What am I missing here?

Isn’t it time to unify our efforts for equality?  I’m all for Emma Watson’s HeForShe movement for gender equality that brings together one half of humanity in support of the other half of humanity, for the benefit of all.  I want my girls to grow up in the kind of world where they can join whatever club they want to, where they get paid the same as men doing the same roles, and they have equal rights and opportunities.

Have a great week!
Geoff